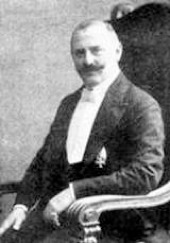 A native of Bad Carlsruhe in Lower Silesia (now in Poland) he studied music in Breslau, Vienna and Leipzig. He formed his own orchestra in Berlin in 1901 and in 1911 founded the Lyra music publishing company which later became Lyra, Translateur & Co. with his son Hans. In 1934 his music was banned by Hitler because of his Jewish roots and Translateur was forced to sell his publishing business to Bosworth in 1938. In the meantime he had published many of his own works, and works by other composers of the genre, such as Paul Lincke. He wrote some 200 compositions, only a few of which survive today, including the Viennese waltzes Berlin, mein Berlin, La reine du Bal, Wiener Extrablätter and Wiener Herzen. Many of his compositions were written for piano and were used by various music conservatories as examples of well written compositions of their time. Today he is remembered for one sole composition, still played today: the Wiener Praterleben, or Sportpalast waltz, renamed after the Berlin Sportpalast (Sports Palace) which was torn down in 1976. He was deported by the Nazis to the Czech Republic where he died in a concentration camp. His composition Traumverloren, a slow waltz, was featured on the Society’s CD release Spirit of Vienna Vol.1.