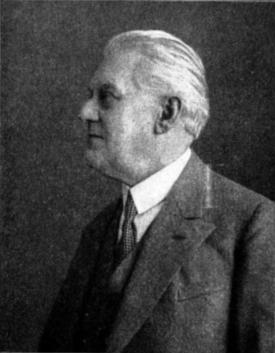 Professor Franz Von Blon was a lifetime Berliner and although best known as a march composer he also wrote a lot of dance and salon music.  He introduced a lot more harmony into his marches than usual, with his flair for melodic invention. This carried over into his catchy trios, making the whole march a treat to listen to. It sets him aside from most of his German contemporaries, and thus he becomes of considerable interest to lovers of Viennese music, much in the same way as Julius FuÄik. His marches were never written for the ordinary parade ground. As a youth he was a violin player and attended Stern’s Conservatory of Music, and studied with Joseph Joachim. His strengths stemmed from his military service from 1880 to 1883, when he started to compose and transcribe music for military band. He continued to study in Berlin and Hamburg and founded the Berlin Philharmonic Wind Orchestra, which unusually contained some stringed instruments. With this orchestra he became famous, touring Europe and America, including the St Louis World’s Fair in 1904, which was also attended by Karl Komzák II. So he became known in America. His marches are played in Russia too. He wrote many characteristic pieces, including Sizilietta Serenade, some delightful waltzes, and three operettas and a ballet. The Society has recorded two of his works, Sounds of Peace (on our own JSS series of recordings), and Mein Ideal waltz on the Marco Polo label.