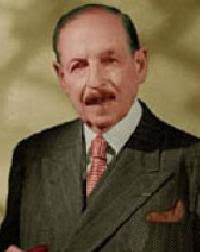 Emmerich Kálmán was born on 24 October 1882 in Siófok, on the southern shore of Lake Balaton, Hungary, the son of a businessman. At the age of ten young Emmerich was sent to the Gymnasium in Budapest and it was while he was still a student there that he commenced lessons in composition at the renowned Budapest Academy of Music, where his contemporaries included Bartók and Kodaly.

Kálmán had initially set his sights on becoming a concert pianist, but over-assiduous practice led to the onset of arthritis and he instead turned his attention to composition. Among Kálmán's earliest works were a Scherzando for Strings (1903) and a symphonic poem Saturnalia (1904). Despite gaining a prize for composition at the Academy in 1906 he was unsuccessful in attracting the interest of a publisher. Kálmán is alleged to have confided to colleagues: 'If it goes on like this, I shall write an operetta!'

Kálmán made his début as an operetta composer with Ein Herbstmanöver (An Autumn Manoeuvre), which Budapest's Lustspieltheater mounted on 22 February 1908. News of the operetta's success soon reached the management of the Theater an der Wien in Vienna and a production was staged there the following year. A string of successes followed, among them Der Zigeunerprimas (1912), Die Csárdásfürstin (1915), Gräfin Mariza (1924) and Die Zirkusprinzessin (1926).

Together with his fellow-Hungarian, Franz Lehár, Kálmán was one of the leading architects of what has come to be termed the Silver Age of Viennese operetta during the first quarter of the last century. Kálmán's principal contribution to the genre was the apparent facility with which he fused Viennese sentimentality with the colourful rhythms and energy of his native Hungary.

Towards the end of the 1930s the composer sought refuge from Hitler's Nazis in the United States of America, where he remained until after the end of the war. Returning to Europe he settled with his family in Paris where he died, shortly after his seventy-first birthday, on 30 October 1953.